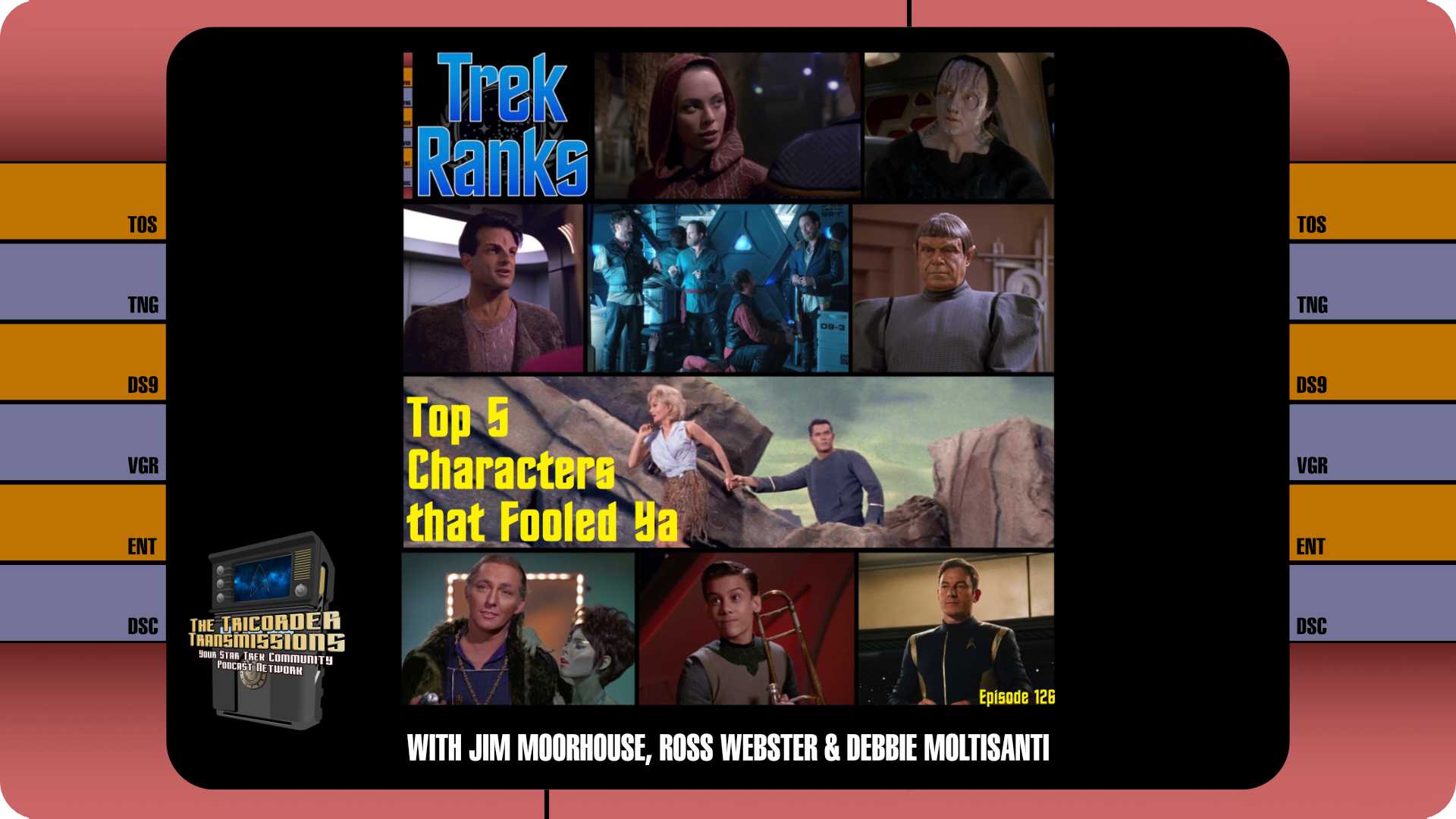 Who fooled ya?!? On this week&s TrekRanks we get to know all those characters you maybe thought were one thing and then they turned out to be something else. It&s the "Top 5 Characters that Fooled Ya"! It could have been their motivations that fooled ya. Or their appearance that fooled ya. Or their identity that fooled ya. There are lots of ways to breakdown this topic and you can trust our panel to not be fooled by any of these picks as we get deep into identifying all the different suspects!

Prime Directive: We skip our Level One Diagnostic this week to jump straight into defining how we narrowed down all of our choices.

The Order of Things: Everyone reveals their "Characters that Fooled Ya" with the usual "Five words and a hashtag" summary, along with highlighting one episode that helped frame their pick.

Secondary Systems: The panel rattles off a few additional selections for the characters that just missed our lists!

Regeneration Cycle: Everyone recaps their selections and discuss some of the interesting statistical anomalies that arose from the discussion.

Temporal Distortion: We flashback to Episode 116 of TrekRanks and relay some of the great tweets and feedback we received for our popular "Trek Minutiae" episode.

If you have your own picks you would like to relay to us, please hail us at 609-512-LLAP (5527) and record your own personal TrekRanks log to let us know your Top 5 Characters that Fooled Ya. (Or you can record it yourself and just DM us @TrekRanks on Twitter.) Your comments could be used in a Temporal Distortion on an upcoming episode (and might get you a chance to be a guest on a future episode, too).

And don&t forget to check out TrekRanks.com for our entire back catalog of episodes and a detailed rundown on every episode of Star Trek ever.