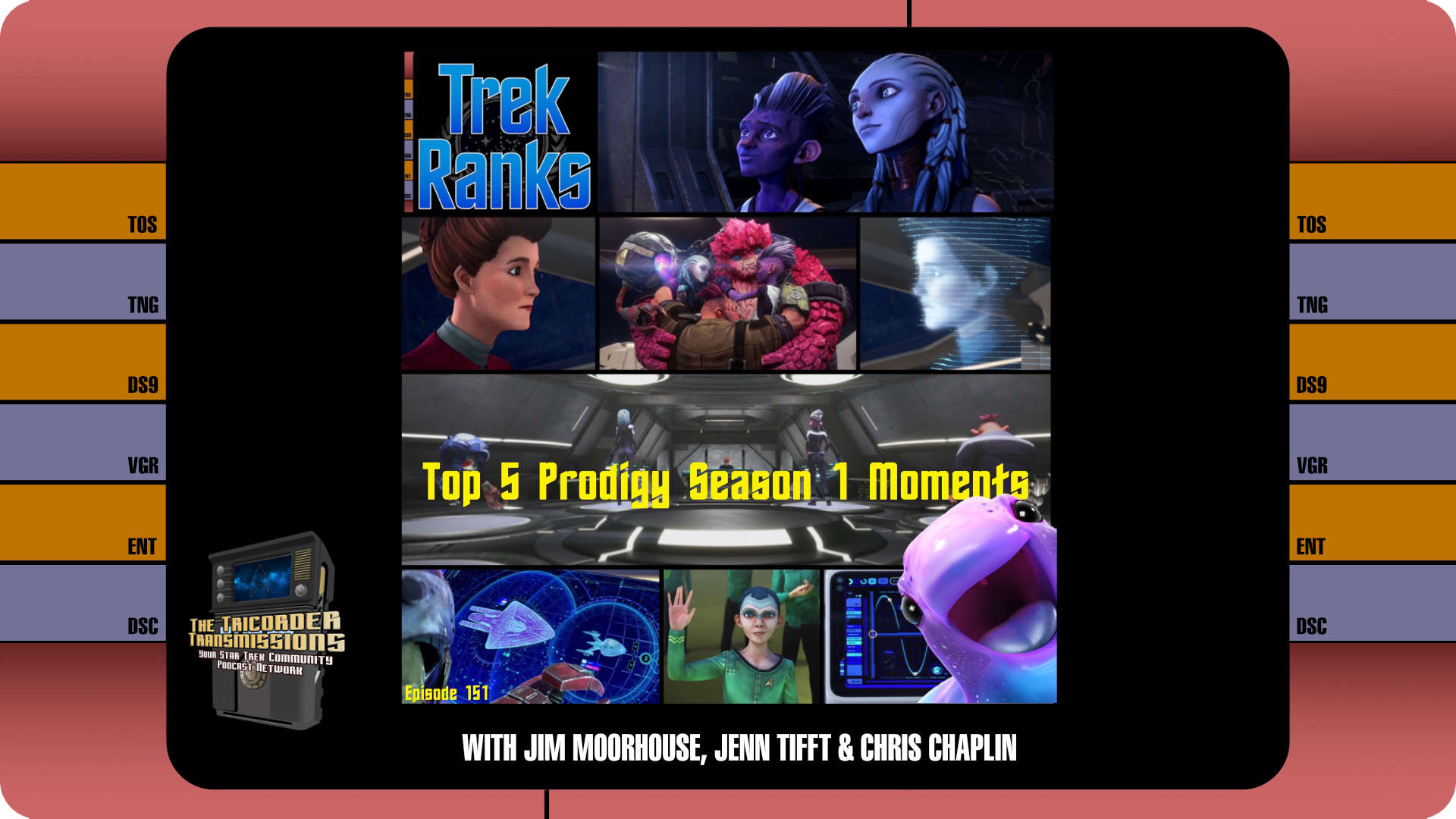 It was a landmark season of Star Trek. It's just that simple. The first-ever Trek series created for kids first and adults second – and it was a spectacular success. On this week's show we protowarp into our breakdown of the "Top 5 Prodigy Season 1 Moments" in our patented TrekRanks style with host Jim Moorhouse and guests Jenn Tifft and Chris Chaplin running through all their favorites from production to creatives to characters to episodes. Both Jenn and Chris are parents who watched with their kids, and they include their feedback in the discussion. Go fast and join us for the most comprehensive recap you'll find anywhere of this very special first season of Prodigy.

Diagnostic Cycle: We break down the five distinct categories we use in our season recap shows. In order, this week's panelists reveal their picks in the following categories: Production Design, Performer, Dabo Round Wildcard, Character and Episode! While production design, character and episode are clear categories, the Round 4 topic of Top Performer is focused on the actor or creative who connected with Trek both on and off the screen. And the Round 3 Wildcard Pick is basically the Dabo Round!

Prime Directive: Our crew breaks down exactly how they defined their lists.

The Order of Things: Everyone reveals their picks with the usual "Five words and a hashtag" summary, along with one episode that helps frame their choice.

Protostar Round: Jenn and Chris give specific feedback from their five kids, who were big fans of the show!

Secondary Systems: Our guests each rattle off a few additional selections for the picks that just missed our lists!

Regeneration Cycle: Everyone recaps their picks and discuss some of the interesting statistical anomalies that arose from the discussion.

Temporal Inversion: We flashback to a list from Episode 146 of TrekRanks and relay some of the great feedback we received for our Top 5 Lower Decks Season 3 Moments episode.

If you have your own picks you would like to relay to us, please hail us at 609-512-LLAP (5527) and record your own personal TrekRanks log to let us know your Top 5 Prodigy Season 1 Moments. (Or you can record it yourself and just DM us @TrekRanks on Twitter.) Your comments could be used as part of a Temporal Inversion on an upcoming episode (and might get you a chance to be a guest on a future episode, too)

And don't forget to check out TrekRanks.com for our entire back catalog of episodes and a detailed rundown on every episode of Star Trek ever.